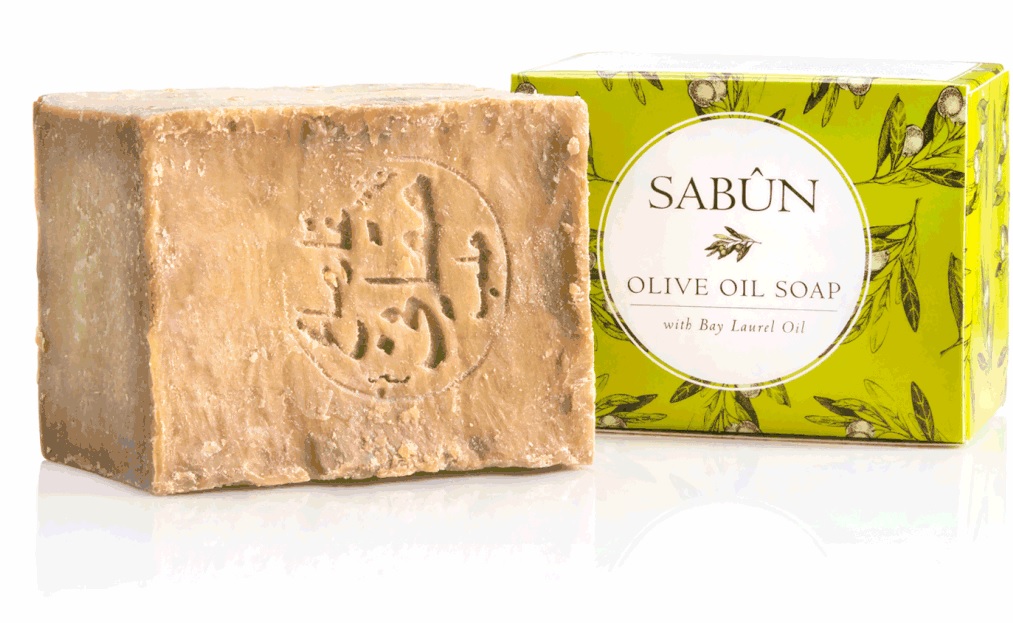 The original olive oil soap. Sabun Olive and Laurel oil soap is a totally natural soap which has been produced for centuries in the Middle East and is still used in the Hammams (traditional bathhouses) today.

In fact Sabun Olive and Laurel soap from Syria is believed to be the first Olive oil soap which was later introduced to Europe through the trade routes. In French it is known as Savon D’Alep and in Syria as Sabun Ghar.

Sabun Olive and laurel oil soap has endured centuries without change to its ingredients and is still produced by traditional methods.

The soap is only produced once per year in the olive season – It is cooked for 3 days and then allowed to set and then cut and stacked and left for 9 months to dry until it is ready to use. This produces a very hard soap which lasts a long time.

Traditionally this soap has been recommended for many skin conditions such as eczema and psoriasis and dandruff due to the ingredients and their benefits.

The high olive oil content of Sabun (more than 80%) forms an invisible, non-greasy, breathable skin barrier that does not block the skins pores while also serving as a humectant drawing moisture to the skin.

Medicinally, olive oil is anti-inflammatory, making it a good skincare oil for sensitive or irritated skin.

The humectant (moisture-drawing) quality of sabun makes it useful in the treatment of chronic dry skin. It has some natural disinfectant properties and also tends to rev up cellular activity, making it useful in assisting the skin’s healing processes.

Laurel Oil (oil of bay laurel berry) is also a natural ingredient which is antibacterial so helps to thoroughly cleanse the skin.